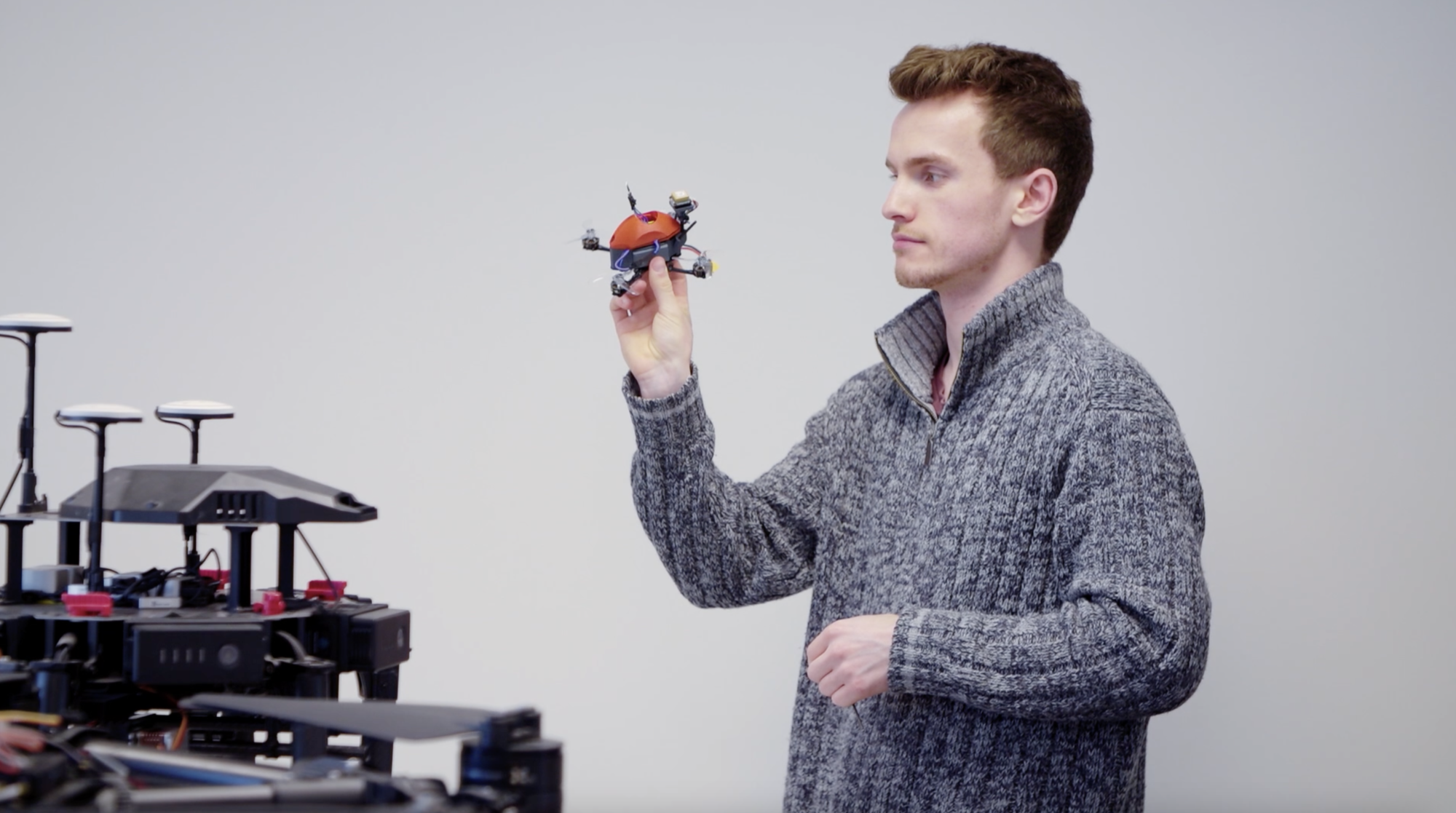 Connected Places Catapult is the UK’s innovation accelerator for cities, transport and places. Catapult focuses on three core enablers which are;

One of Catapult’s projects involved the production of four ‘spotlight’ videos, focusing on the participants of the TRIG (transport research innovation grants) programme funded by the Department for Transport. More specifically, the videos would be focusing on the SMEs that are creating new technologies and innovative ideas for drones, named TRIG: Drones. The videos would act as trailers for the TRIG programme and help promote the opportunity to other eligible SMEs within the DfT sector.

One of the biggest physical challenges for us was the filming locations and the travel between them. The vast majority, if not all, of our work pre-pandemic, was on location so it was quite refreshing to be able to venture out and meet with people in person again.

The shoot locations were spread across the UK in Edinburgh, Lancaster, Bedford and Southampton. Each shoot was to take place sequentially through one week – essentially the whole team needed to be out shooting the videos at different locations, but we needed to make sure the final outputs were all on-brand and the same style and format. The videos also needed to include dynamic animation and scene-setting b-roll footage.

After a lot of detailed planning and agreed styles and formats, we deployed one crew north to the furthest shoot location in Edinburgh. Then the rest of the team travelled up and down the country filming at each location, all in one week.

Our producer, Dom interviewed each SME and was heavily involved with each shoot for the duration of the project. This helped us keep the styling and formatting for each video the same, and had one pair of eyes overseeing the whole project.

The final output of the project consisted of these four shoots neatly edited together to create a coherent story which showcases the skills and project of each TRIG participant.

As with every project we deliver, we put our heart and soul into every element of the production process, from initial idea discussions right through to delivering the final output. The meticulous planning alongside the experience and expertise of our team meant that a complicated project ran smoothly and we delivered a very high-quality piece of work to Catapult.

"The content that Oxford Media Factory produced will be used as case studies on our website and will help to demonstrate the value of our programmes. We are really happy with Oxford Media Factory's production services and would recommend working with them."

Bringing Ideas To Life With Animation: iManage
Ready to get in touch?